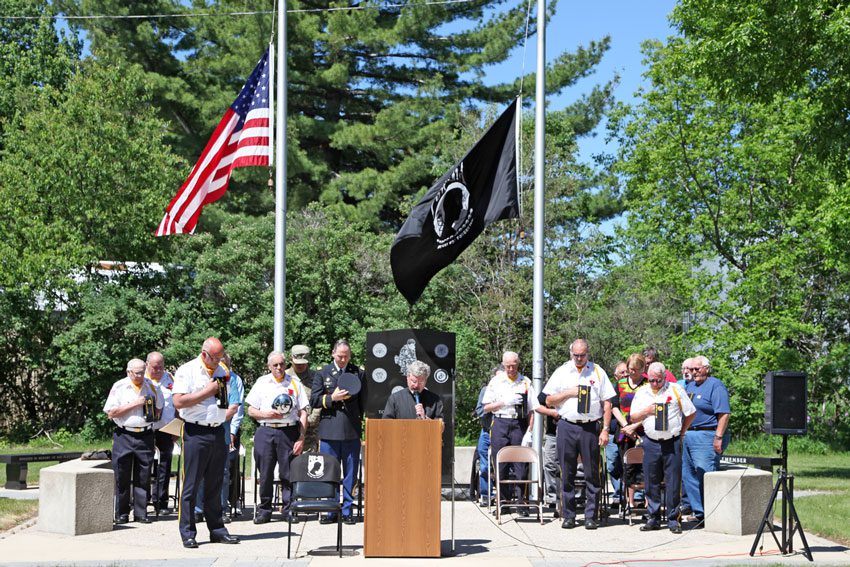 Each year in the United States, since 1868 following the Civil War, we commemorate all those in military service who died in the performance of their military duties, making the ultimate sacrifice. What was originally Decoration Day is now Memorial Day (officially since 1971). Veterans Day
in November is to celebrate all veterans, alive and dead. And Armed Forces Day earlier in May celebrates service men and women, past and present, in all branches of the military. 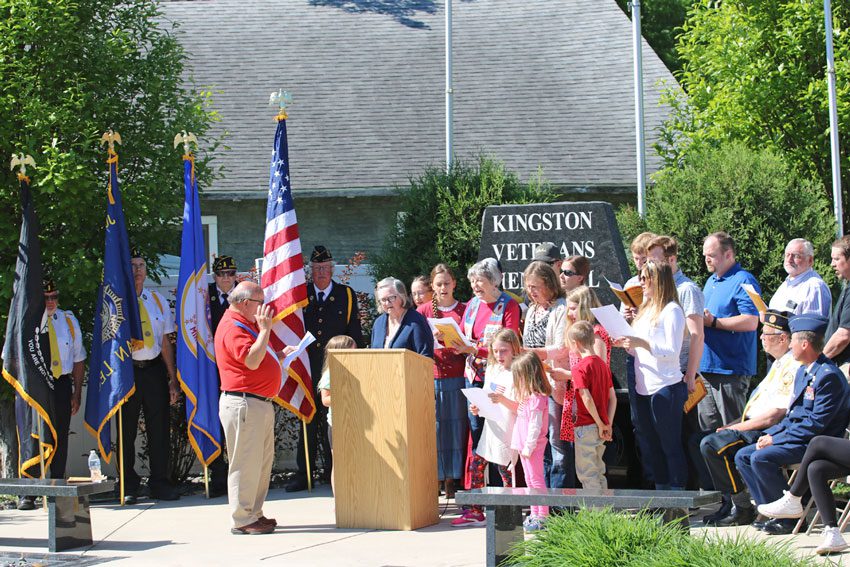 The Kingston Community Choir was a part of their Memorial Day service, as they are each year.

Col. Jesse Carlson (seated, at far right), a Dassel-Cokato alumnus and graduate of the U.S. Air Force Academy, was their speaker this year. He served 28 years of active service, and soon will retire to the Kingston area. 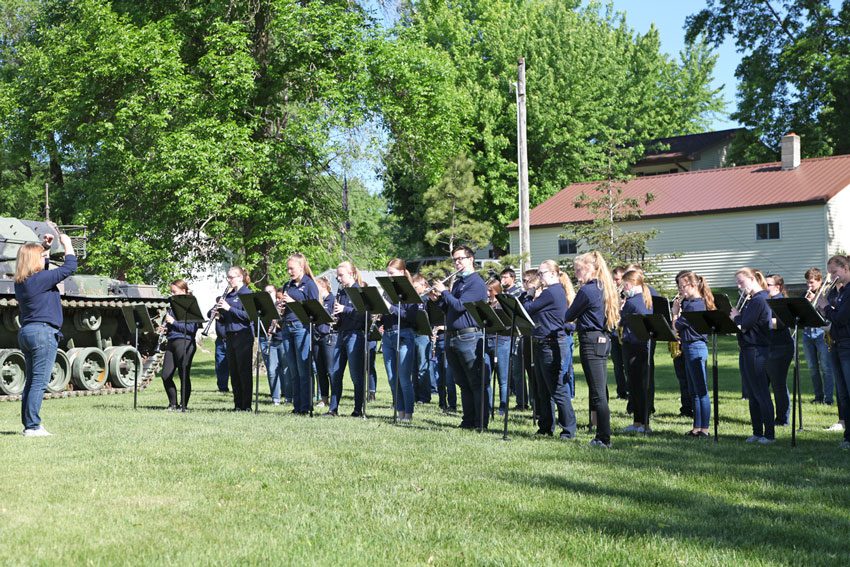 The Eden Valley-Watkins High School Band performed at the Watkins Memorial Day service (at left) as well as the Eden Valley service later that morning.

The band also performed at Hilltop Health Care Center in Watkins for residents there (outdoors).

(The Kimball Memorial Day service was canceled this year because of COVID restrictions.) 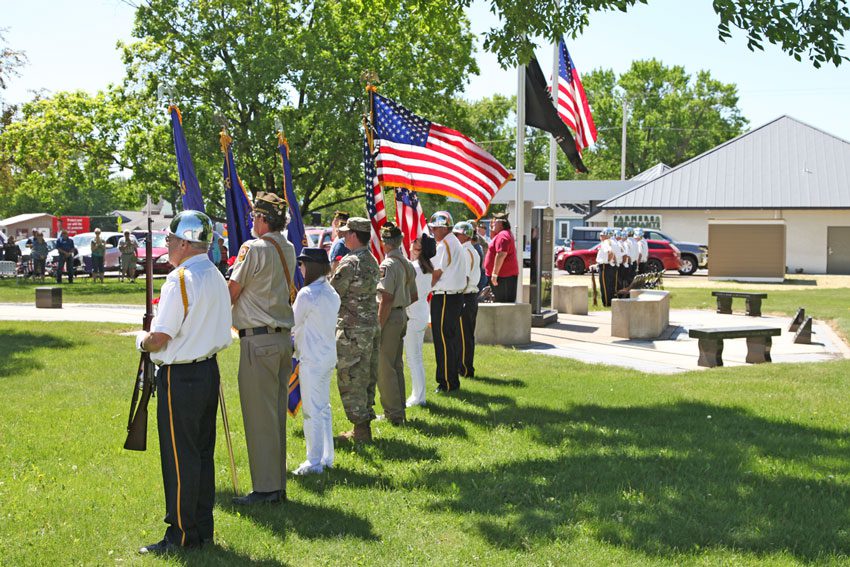 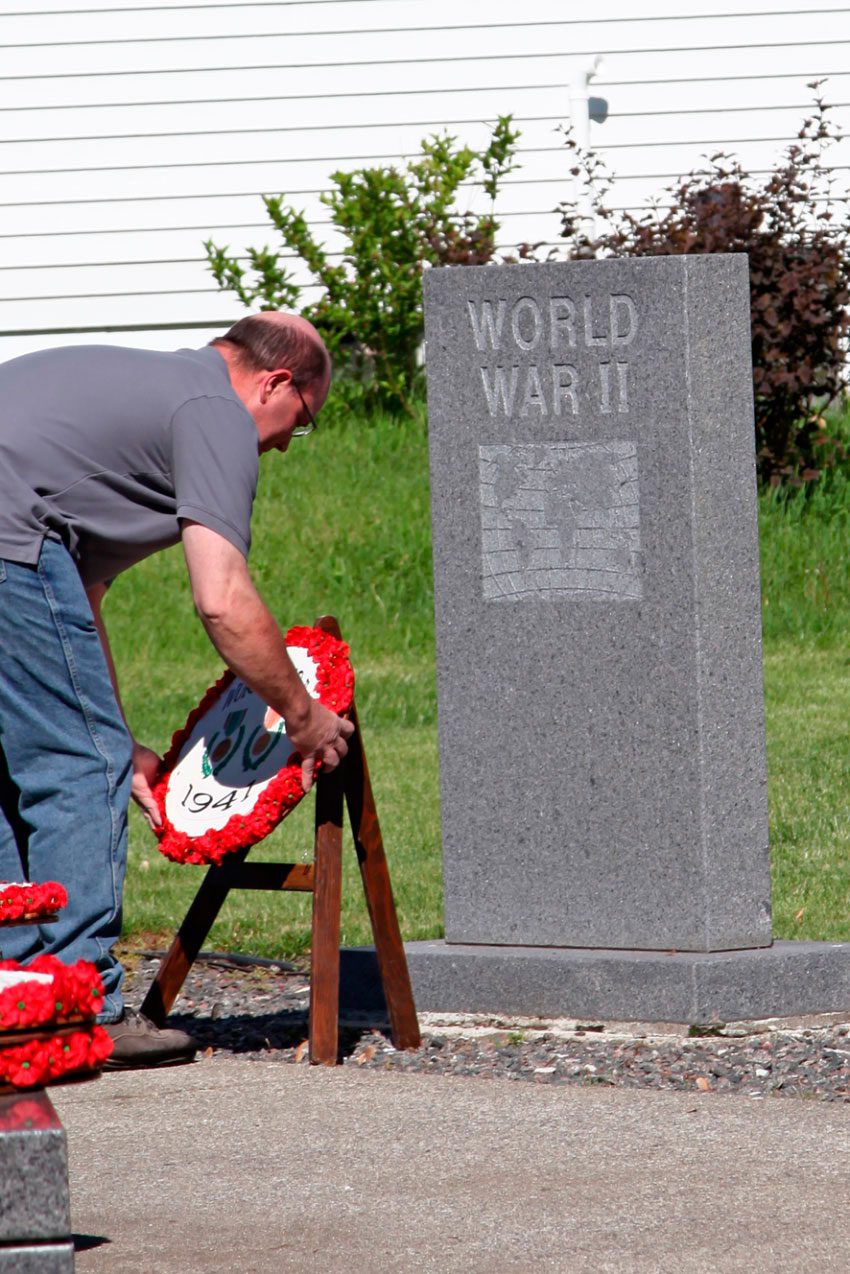 More gratitude – even and especially during the tough times