Alvin Meierhofer of Watkins died peacefully Sunday, June 6, 2021, surrounded by his loving family. He was 81. 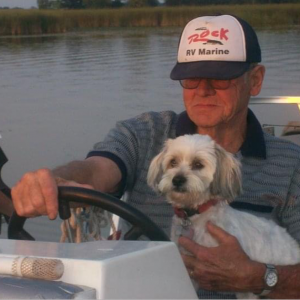 A Mass of Christian Burial will be held at the Church of St. Anthony in Watkins at 10:30 a.m. Monday, June 14. Interment will follow in St. Anthony Cemetery. The Mass will be live-streamed on the Ertl Funeral Home website under Alvin’s obituary. Visitation will be from 3:30-6:30 p.m. Sunday, June 13, in the Church of St. Anthony Parish Hall, and continue one hour prior to Mass on Monday. A prayer service will be at 6:30 p.m. Sunday.

Alvin Meierhofer was born Sept. 28, 1939, to Rose and Joe Meierhofer of Watkins. He was married to Bernice (Molitor) for 58 precious years. Sidekicks for life, work and play, they enjoyed each other’s company through their many adventures. They had three children, seven grandchildren, and one great-grandchild. Alvin was a life-long, hard-working farmer with the family farm, Town’s View Dairy, located just north of Watkins. He was proud to milk cows, raise cattle, and work the land. Most importantly, he loved his family and many friends. All were welcomed to the multitude of gatherings that he and Bernice hosted over the years. They especially enjoyed having people to their cabin, also known as the “Corner Bar” on Goodners Lake. He enjoyed camping, boating, fishing, and traveling; quite simply, he enjoyed life. In his retirement years, he enjoyed camping in various places around the United States before settling at their beloved Lake Havasu, Ariz. Many wonderful friendships were formed in their time spent away from the cold Minnesota winters.

Alvin was preceded in death by his parents, and siblings Will (and Pat) Meierhofer, Jerry (and Audrey) Meierhofer, Velma Meierhofer, and Vernon Rossman.

He is survived by his wife Bernice; children Sandy (and Dale) Schroeck, Randy (and Nia) Meierhofer, and Keith (and Shannon) Meierhofer; grandchildren Justine (and Nick), Blaine, Kayla, Zachary, Julia, Jacob, and Hope; and great-grandchild Finely; and siblings Marion (and Clarence) Linn, RoseAnn (and Larry) Neu, Marlene Meierhofer OSB, Donna Rossman, and Fran (and Cecelia) Meierhofer. He was lucky to have an extended family including Ron (and Laurie) Molitor, Kevin Quast, Francisco Viguera from Chile, and Jean Pin from France. And he loved his multiple dog companions, many of which were named Charlie for convenience sake.

Grab your sunscreen: Mother Nature returns with 80s and 90s