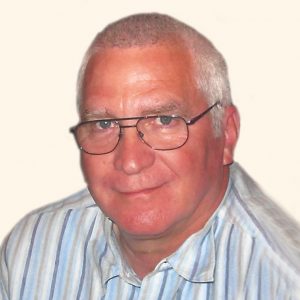 Funeral services will be held at 10:30 a.m. Friday, April 9, at Kimball United Methodist Church with Pastor Lori Artner officiating. Visitation will be from 4-7 p.m. Thursday at the Dingmann Funeral Care Chapel in Kimball, and from 9:30-10:15 a.m. Friday at the church. Burial will be at 9:30 a.m. Saturday, April 10, at Ebenezer Cemetery in rural Eden Valley. The services will be live-streamed on the funeral home website.

Leslie Harold Clark was born Sept. 16, 1944, in Paynesville to Harold and Clara (Schreffler) Clark. He was baptized on April 7, 1952. He grew up in Eden Valley, graduating with the Class of 1962 from Eden Valley High School. Leslie married Sandra Swanson on May 29, 1968, in Paynesville; she preceded him in death Oct. 18, 1976. On July 27, 1985, he was united in marriage to Judy Schacht Maurer in Buffalo. Leslie worked for 20 years as a plastics fabricator for Circuit Chemistry in Long Lake. He became a member of Kimball United Methodist Church on Aug. 2, 2009. He enjoyed collecting rocks and Native American artifacts. He loved traveling with his family, sometimes dragging his kids to see a historic monument. Spending time with family was his greatest joy.

Mostly sunny and warmer for our Easter weekend