Rhea Hurrle Allison Woltman of St. Augusta died Monday, Feb. 15, 2021, at her home, of natural causes, surrounded by her family. She took her final flight into the arms of her Savior. She was 92. 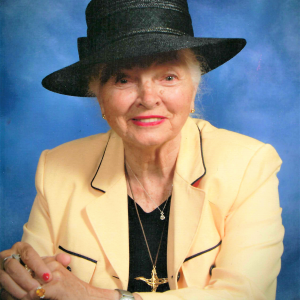 Rhea was a generous woman to the end, donating her body to science. Therefore, there will be a burial service at a later date, on the return of her remains.

Rhea was born Nov. 6, 1928, at home in Lynden Township to Leo and Ellanora (Ruehle) Hurrle. She was raised on a farm and educated in a one-room schoolhouse. Her responsibilities on the farm nurtured a strong work ethic. From an early age, Rhea admired the skies and vowed to become a pilot. After teaching for two years, Rhea moved to Texas where she fulfilled that vow.

In 1960, Rhea was invited to participate in the secret Mercury project; she underwent grueling physical examinations and a battery of tests with 12 other female pilots to become the First Lady Astronaut Trainees (FLATS), now known as the Mercury 13. Rhea passed all of the tests and advanced as one of the five to meet the requirements. The U.S. government shut down the women’s program before they were ever allowed to fly a space mission.

Rhea married William “Jean” Allison in 1962. Together they owned an aircraft brokerage business in Texas, and Rhea delivered planes to customers. She also transported passengers and cargo all over North America, including Alaska, Mexico, the Bahamas, and Canada. Jean died in 1966. Rhea then moved to Colorado Springs where she taught cadets at the U.S. Air Force Academy. Rhea married Leonard Woltman in 1972; he died in 1990.

Rhea later became a Registered Parliamentarian, serving organizations and businesses, and earning respect in her field throughout the United States. In 2007, the University of Wisconsin Oshkosh conferred on Rhea and the remaining Mercury 13 astronauts honorary Doctor of Science degrees, recognizing them as pioneers in aviation history. In 2008, Rhea was inducted into the Colorado Women’s Hall of Fame for STEM/Aviation. Rhea also improved the city of Colorado Springs during her 18 years as a Rotary Club member. As a volunteer and philanthropist, she was an inspiration to those she met and all who came to know her.