Vernon Tschida of St. Augusta died Wednesday, Nov. 25, 2020, at St. Cloud Hospital from complications of a stroke, with family by his side. He was 86. 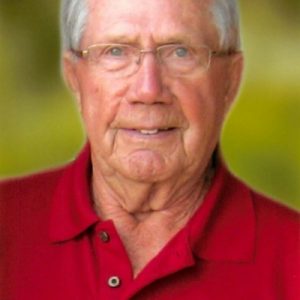 A private Mass of Christian Burial will be held at St. Mary Help of Christians Catholic Church in St. Augusta with Rev. Robert Rolfes officiating. Entombment with military honors will take place in the parish cemetery. Public visitation will be from 4-8 p.m. Friday, Dec. 4, at the church gathering space.

Vernon G. Tschida was born April 7, 1934, in Luxemburg to the late Joseph and Gertrude (Schibilla) Tschida. He graduated from Tech High School in St. Cloud. Vern proudly served in the U.S. Army. He returned to St. Cloud and was united in marriage to Marlene A. Gasser on May 30, 1961, at St. Mary’s Cathedral; they resided in St. Augusta. Vern worked for Milt Weyrauch Monument Company for a couple of years, then Granite City Ready-Mix where he remained until his retirement in 1996. He and his partner Bob Bogard took ownership of Granite City Ready-Mix in July 1979; after retirement, Vern remained on the board of directors until selling to Knife River in April 2002. Vern was a member of St. Mary Help of Christians Parish, St. Augusta Legion Post #621, St. Cloud Eagles Aerie #622, and the St. Augusta Lions. He was a past member of the Knights of Columbus Council #961.

Vern enjoyed many activities including deer and turkey hunting, going to the hunting shack, walking the Beaver Island trail, fishing, bowling, snowmobiling, camping, cards, dice, and going to the St. Augusta and Luxemburg amateur baseball games. His greatest passion was golfing. He treasured spending time with his loved ones, but he “golfed” with anyone who asked, most especially his grandchildren. He and Marlene enjoyed traveling all over, but always ended up in Palm Springs, Calif.

Vern was preceded in death by his twin sons Tim in 2014 and Tom in 2020, and siblings Adeline Koshiol, Marlene McStott, and LeRoy Tschida.

He is survived by his wife of almost 60 years Marlene; children Kim (and Jerry) Hurrle of South Haven, and Jeff (and Carmen) Tschida of St. Augusta; grandchildren Mitchell, Stacy and Stephanie Hurrle, Jaren (and Tesslyn) Tschida, and Tanner and Janae Tschida, Travis and Garrett Tschida; great-grandson Keaton Tschida; brother Bob (and Mary Ann) Tschida; and many friends and relatives.

In lieu of flowers, memorials are preferred. Arrangements are with Daniel Funeral Home in St. Cloud. A heartfelt “thank you” to the St. Cloud Hospital ER and the Palliative Care Team on fifth floor.