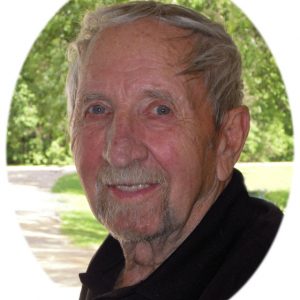 A Celebration of Life is tentatively set for May 2021.

Kenneth Lloyd Wills was born Oct. 18, 1926, in St. Paul to Milo and Hazel (Nordstrom Wills. Ken grew up on the family farm and attended school in Kimball. Ken went into the U.S. Army during World War II; he was stationed in Little Rock, Ark., Washington, and the Philippines. He initially was assigned heavy weapons in the infantry, and was en route to Japan when the peace treaty was signed. Ken was redirected to the Philippines and transferred to the Military Police. Decorations and citations he earned while in the Army were Asiatic Pacific Campaign medal, Good Conduct medal, WWII Victory medal, and Philippine Independence ribbon. After his release from active duty, he went to Dunwoody Institute for two years for carpentry. Ken was united in marriage to Lois G. Eckman at the Kimball Church of Christ on May 23, 1953. They lived in Annandale for a short time before moving to Bloomington to raise their two daughters. Ken started as a carpenter and then became a housing and building contractor, building custom homes. In 1987, Ken and Lois returned to his family farmstead outside of Kimball. Upon Ken’s retirement, he and Lois remained busy by selling crafts at craft shows and art fairs in the upper Midwest. For many years, they also had a building and sold their crafty items at the Arizona Renaissance Festival. They made quite the pair as Ken used his carpenter skills to make the wooden crafts, and Lois used her artistic abilities to paint and carve them. Ken was a member of the Kingston American Legion Post #483. In his spare time, Ken enjoyed being outdoors, going to their cabin on Bowstring Lake, snowmobiling, hunting and fishing. He also continued to spend time in his shop woodworking.

Ken was preceded in death by his wife of 66 years Lois, parents Milo Wills and Hazel Wills Caylor, and brother Donald Wills.

He is survived by his daughters Luanne (and Gordy) Peterson of Andover, and Bobbi (and Jim) Corrigan of Eden Prairie; six grandchildren Jason (and Kari) Wills and Chris Peterson, and Ryan (and Karen), Sean, Cameron (and Patti), and Kelli Corrigan; four great-grandchildren Ashley and Nicholas Petersen, and Everly and Addison Corrigan; sister Merle  Wylie of Hopkins; and other family members and friends.

Arrangements are with Dingmann Funeral Care Burial and Cremation Services.