EV-W Athletes of the Week

Two EV-W seniors have been named Central Minnesota Athletes of the Week in their respective sports.

Reilly Hennen, a libero on the volleyball team, had an incredible game two weeks ago with 44 digs, three aces and two kills. She was named CMC Female Athlete of the Week. 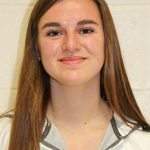 Meanwhile, Michael Bautch was named CMC Male Athlete of the week. Filling in the quarterback position, Bautch had 23 carries for 159 yards and three touchdowns to help lead the Eagles to victory. He also played linebacker on defense and recorded three tackles. 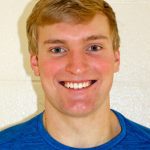