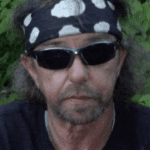 A celebration of life will be held at a later date.

Duane Mark Kaskinen was born April 2, 1957, to Charles and Lorraine (Olson) Kaskinen. He attended Kimball Area High School, and graduated with the Class of 1975. He worked for many years at the Kimball Golf Club, Knaus Sausage House skinning deer, and at VonBusch Refuse in Lincoln, Neb.