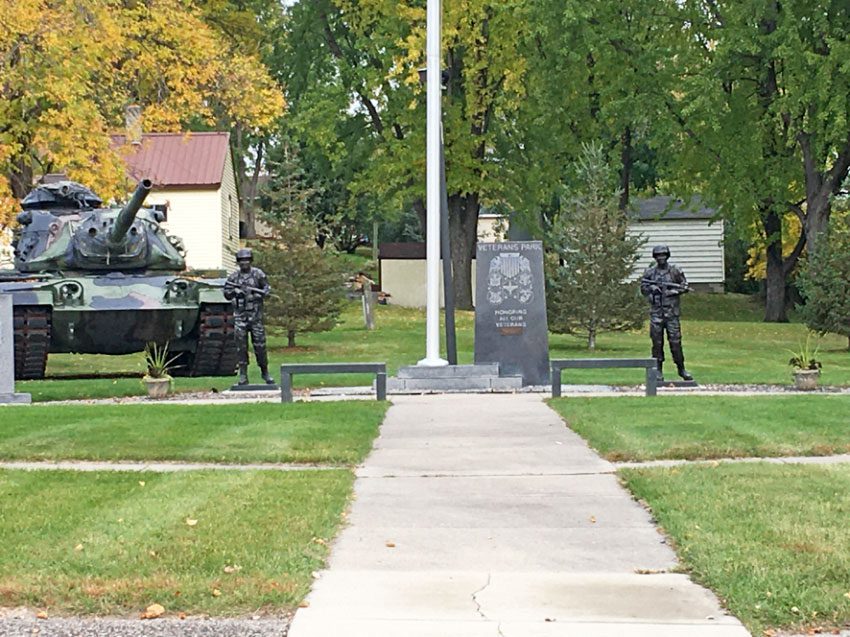 We were told last week that there were “two guys” now in Veterans Park in Watkins. That was quickly clarified to statues of two soldiers that have now been installed in the park.

The Watkins Legion and the Wat-Kim-Valley V.F.W. Post #5460 pooled their resources to purchase the two bronze-finished aluminum statues to add to Veterans Park, on the north side of Highway 55.

Veterans Park is a generic memorial to all who have served in all branches of the U.S. Armed Services and in all wars and conflicts.

The July 11 tornado that hit Watkins four years ago toppled the memorial stones, but they were soon repaired to stand proudly in Veterans Park again. Now they have the company of two “soldiers.”