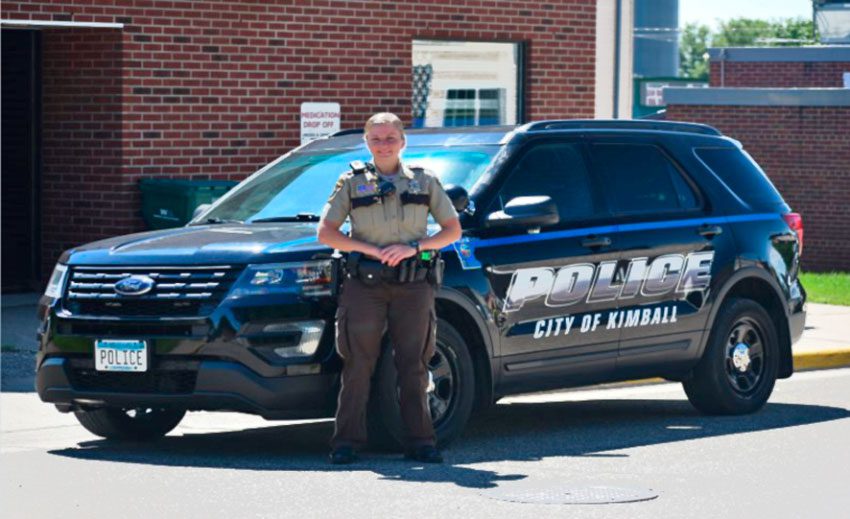 Deputy Brittany Stevens successfully completed her field training, and Aug. 17 was her first solo shift. Okay, really it was Wednesday, as Deputy Walther showed her the lay of the land on Monday and Tuesday.

Deputy Stevens has been with our office for a while. She was a member of the Stearns County Explorer Post from October 2017 to March 2020. During that time, she worked her way through the ranks to the position of Explorer Post Captain. Brittany also worked the summer of 2019 as part of our seasonal Water Patrol staff. Brittany began her formal career with our office in September of 2019 when she was hired as a Correctional Officer. She was promoted in March of this year, and is now assigned to the City of Kimball as a Stearns County Deputy.

Deputy Stevens, along with Deputy Walther, will also be responsible for providing contracted patrol services to Fair Haven Township when they are working.

Congratulations to Deputy Stevens on completing the FTO program and making it to solo patrol!